With the R30 series, Nissan started to change the nomenclature of the Skyline.

For the rest of the century, all Skyline generations would be called R3X.

The new line-up was released in August 1981 and came in 5 different models.

This model was publicized using the actor Paul Newman, well-known in racing circles, in a series of TV commercials.

As a result, the car was affectionately called the “Newman Skyline”. 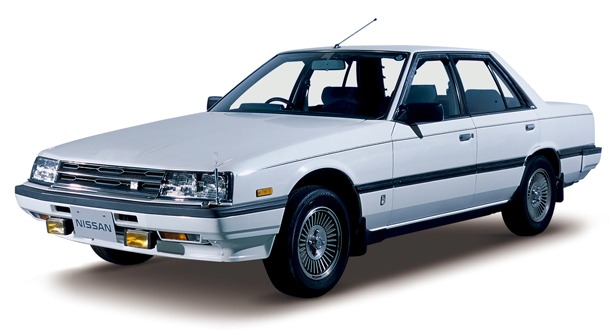 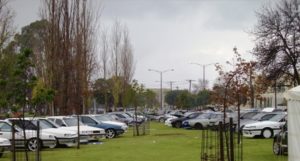 An interesting feature of the R30 is that it brought back the DOHC engine, discontinued since the C110 (fourth-generation model), and effectively integrated two body types (the long-nose body previously used with the 6-cylinder engine, and the short-nose body of the 4-cylinder engine model).

Five engines were available at launch: L20E, L20ET (turbo), Z20, Z18, and the LD28 (diesel). However, on October 21, 1981, two months after the R30 was launched, the RS model was launched, equipped with the FJ20, a newly developed 4-cylinder in-line 1,990cc engine. This FJ20 was a high-performance DOHC engine: with its 4-valve DOHC design and pent-roof combustion chamber, common on racing car engines, it delivered a maximum output of 150PS at 6,000rpm.
The GT-E/X, top of the line in the GT Series, was powered by the 6-cylinder 1,998cc L engine (SOHC), equipped with an electronic fuel injection system. Among the GT-E/X’s standard features were a driver’s seat with 40mm stepless adjustment, variable power steering that automatically adjusts to suit engine rpm, and a tilting/telescopic steering column. 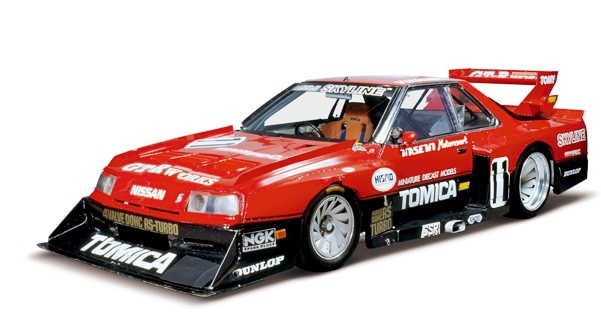 Clutch
B& B triple plate

In the Super Silhouette races that started in 1979, Masahiro Hasemi competed in the 1982 and 1983 seasons driving this machine. The category allowed heavy modifications and this monster, although the same as a production car on the outside, is the equivalent of a Formula racing car on the inside. Its dynamic performance won many fans. The engine is a LZ20B turbo (570PS). Its race debut was in May 1982 and it did extremely well, chalking up 2 wins in 1982 and 5 wins in 1983.

Its design was dramatically different in comparison to its predecessors, since this new Skyline looked very boxy in shape and much more like an ordinary sedan than earlier Skylines. Even though, it marked a step back to the sporty roots of the Skyline.

Earlier versions had constantly been gaining weight, which consequently slowed them down and made them less agile. This was changed with this new generation, although it was not until 1982 that a really sporty Skyline hit the road again.

For the basic versions, the L16 engine was dropped, so only the 1800TI remained, which now used the Z18 4-cylinder engine with 105hp. The stronger 2000GT and 2800GT both came with inline-6 engines instead.

After Nissan had dropped the GT-R, there had been no DOHC engine in the Skyline line-up anymore. Since the oil-crisis, the turbo had emerged, but a DOHC was still missing. The introduction of the Skyline RS was to change this condition in October 1981. It came in sedan and coupe form with the new FJ20E engine, a 2.0l four-cylinder pumping out 150hp, which was directly aimed at racing.

In 1983 this engine’s performance was improved by a turbo, so the resulting FJ20ET (T standing for turbo) now produced 190hp, which was later boosted to an astonishing 205hp by the addition of an intercooler.

This Skyline became known as the RS-X or the Turbo C.

The result was not only the until then “strongest Skyline ever”, but also a very successful track car.

The Skyline was back on track!