It came in 4-door sedan and wagon form with the G15 engine from the S57.

The same car was also available as the 1800 with the G18 engine. 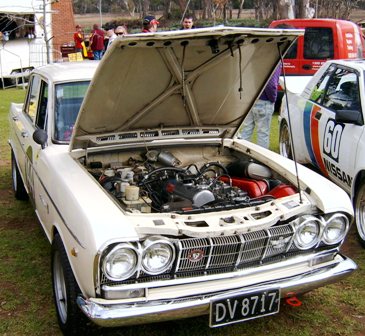 Just like all other derivatives of the C10 series, the GC10(G standing for GT) was basically planned by Prince, although it was later badged Nissan Skyline 2000GT. It was introduced in 1968 (2 months after the 1500) and first came in 4-door sedan (GC10) and 5-door wagon versions and from 1970 on also with two doors (KGC10). The car was almost the same as the preceding S54 GT-A model, featuring a 6-cylinder engine instead of the previously common 4-cylinder. The Skyline 2000GT got the L20 engine, a 1998ccm OHC inline-6 with 105hp.

1968 had seen the introduction of a basic Skyline (the 1500 series) and a model comparable to the previous GT-A (the GC10 series).

But people were still eagerly awaiting a replacement for the GT-B. Almost a year passed after the introduction of the new model range, until finally in February 1969 the new GT-R sedan came along. 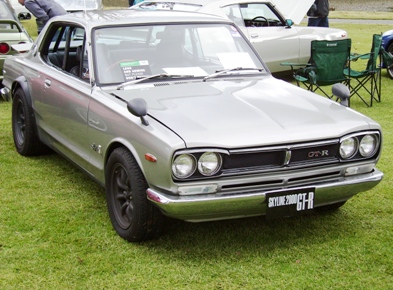 This Skyline was about to write history!

The C10 Skyline was launched in July 1968. After debuting at the Tokyo Motor Show in the autumn, the GT-R was launched in February 1969. The heart of the vehicle, the S20, is a descendant of the R380’s GR8, a high-performance DOHC 24-valve engine.

It achieved its debut win at the 1969 JAF Grand Prix.

Since it was intended for racing, the PGC10 (P stood for Prince) was very lightweight inside, without a heater or radio, but from the outside almost looked like any other 4-door sedan.

After over two years, the coupe-version of the GT-R (KPGC-10) was introduced in March 1971.

A shorter wheelbase and less weight made for a better maneuver-ability in comparison to the 4-door version and further enhanced this car’s capability on the circuit. The Skyline 2000GT-R lived up to the racing pedigree of its predecessors and the sedan scored 33 victories in those one-and-a-half years it raced, which was raised to 50 victories by the KPGC-10, until its production was stopped in 1972.

The Skyline had become a Legend after all.